When a commercial kitchen exhaust ventilation system becomes implicated in a fire, the risk to people and property escalates significantly, often resulting in serious damage. How to identify the hazards, mitigate the risks and apply a best practice approach is the subject of this two-part series on fire safety and kitchen exhaust systems.

Fires are common occurrences in commercial kitchens, with nearly half of these fires caused by the ignition of cooking materials and 90% spreading into into the kitchen hood or ductwork. Once a fire is in the duct it can move quickly, fueled by grease and oil and igniting flammable materials outside the duct.

Such fires can spread rapidly to the rest of the building; they are difficult to locate and extinguish and can re-ignite remotely. Identifying and understanding the elements of a kitchen that represent a fire hazard are crucial first steps in reducing fire risk.

Commercial kitchen hood exhaust systems are highly susceptible to fire because of the combination of three elements in close proximity — fuel, ignition and oxygen. Fire risk analysis and prevention needs to focus on disrupting one or more of these elements. 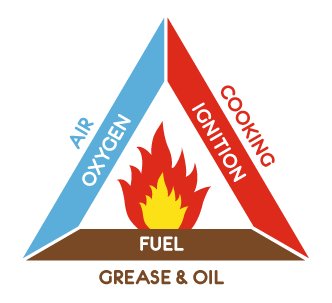 The Fire Triangle dramatically illustrates the significant fire risk posed by kitchen exhaust systems. Identifying and reducing the hazards is the first step, some of which are highlighted below.

In Part 2 of this series we’ll look at how you can mitigate your fire risk through a best practice approach to kitchen exhaust system installation, maintenance and cleaning. 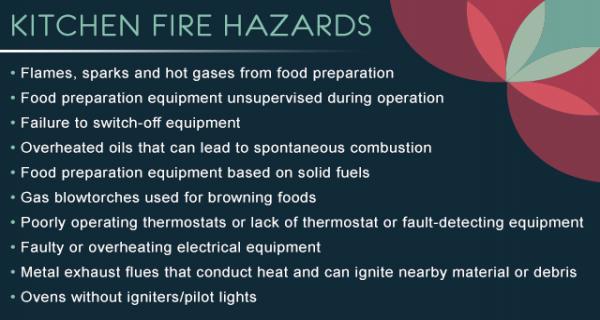