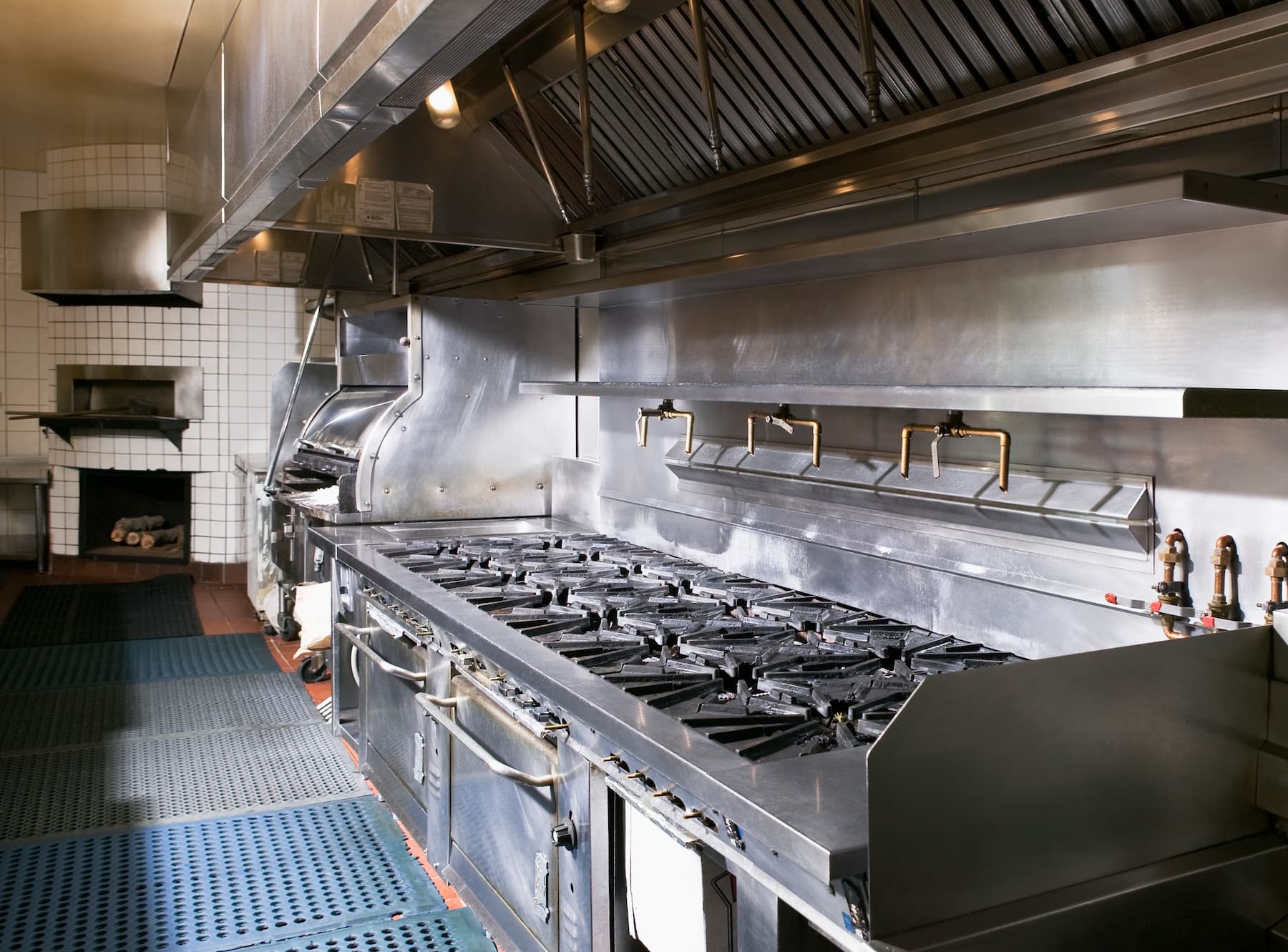 Running a commercial kitchen means being aware of many risks. One of the dangers that kitchen managers, owners and staff are most scared of are fires. Another concern known to almost everyone in the industry is upkeeping general cleanliness and adhering to sanitary standards. In this article, we’ll investigate what to look out for and how to prevent a disaster. Avoiding such risks is always much easier when you use the help of trained professionals at Lotus Commercial.

Fire concerns are among the biggest fears of people working in and managing commercial kitchens. A fire can be extremely dangerous to the employees and customers. What’s more, it can also cause irreparable damage and huge financial losses. It’s not surprising that the legislation is very strict when it comes to risk management and prevention measures.

How do kitchen fires usually start? Many have to do with cooking equipment such as fryers, ovens and grills. However, such fires can often be extinguished relatively quickly by trained kitchen staff. A much more serious threat is unclean kitchen ducts and exhaust systems. Combined with airflow, they can turn a minor fire into a raging kitchen inferno.

This is the reason why regulations specify the requirements when it comes to kitchen duct cleaning and kitchen exhaust cleaning. These systems are designed to eliminate excessive grease vapours. However, as they’re performing their job, it’s unavoidable for them to also accumulate some residue. Such residue is inflammable in temperatures when commercial fires occur. You can imagine how dramatic the effects of flames in the ventilation system can be.

Some people think that if their kitchen was designed by specialists and the equipment was properly installed, the risk of a fire is lower. Unfortunately, this isn’t all that’s necessary. Scheduled deep cleaning and maintenance done by professionals such as Lotus Commercial are crucial to risk mitigation.

Safety hazards in the kitchen that are related to fire include:

Kitchen employees should be well-versed in fire prevention procedures and aware of the risks. Such precautions married with scheduled cleaning as per regulations will allow you to run a largely problem-free commercial kitchen.

Safety hazards in the kitchen are not limited to fires. There’s also a whole range of sanitary and hygienic concerns that needs to be considered in a commercial kitchen. Oil and grease can be accumulated in the ventilation system, but there are other things that can be making a kitchen unsafe that are invisible to a bystander.

Fungus or mould growing in your kitchen can cause a whole range of issues to both your employees and customers. Commercial kitchens are particularly vulnerable due to their humidity. While many customers, particularly in restaurants and cafés, are mostly concerned with what they can see, it’s what they can’t see that can make them sick.

Poorly ventilated areas are usually to blame here. A busy commercial kitchen is filled with people for many hours, and sometimes the heat is difficult to stand. What can be done to avoid this issue? Obey the regulations and count on professionals such as Lotus Commercial to clean your kitchen. A properly maintained exhaust system will decrease the chances of mould appearing. Should it grow despite the precautions, a deep cleaning service will make it disappear.

It’s true that you can’t always easily see mould, but you’ll be able to smell it. Remember to check dark and rarely used areas for potential growth of fungus. Funny, musty smell along with discoloured and slimy patches are the first signs of a problem.

Another “invisible” enemy among the safety hazards in the kitchen is bacteria. There’s a whole range of dangerous bacteria that you really don’t want to appear in your commercial kitchen. The list includes:

As you can see, there are many things in the kitchen that can hurt people who eat food prepared there. Adhering to the regulations and maintaining sanitary standards is extremely important in the fight to avoid the above-mentioned problems. This includes not only daily and weekly cleaning of the kitchen, but also regular professional cleaning services.

Avoid Safety Hazards in the Kitchen with Lotus Commercial

There are many safety hazards, you should be aware of, as a person responsible for a commercial kitchen. If you add to this, keeping up-to-date with the legislation regarding cleaning and other matters, it seems like a lot of work. Fortunately, you’re not on your own!

Lotus Commercial is a commercial cleaning service provider with over 30 years of experience in the industry. We’ve served numerous clients, making sure that their kitchens are compliant with the Australian Standards and other benchmarks. We provide proof of cleaning upon a completed job.

With us, you don’t have to worry whether your cleaning schedule is good enough. We make sure it is, by informing you about the legal minimum as well as the suggested cleaning frequency for optimal kitchen functioning. Allow us to clean your kitchen for you!